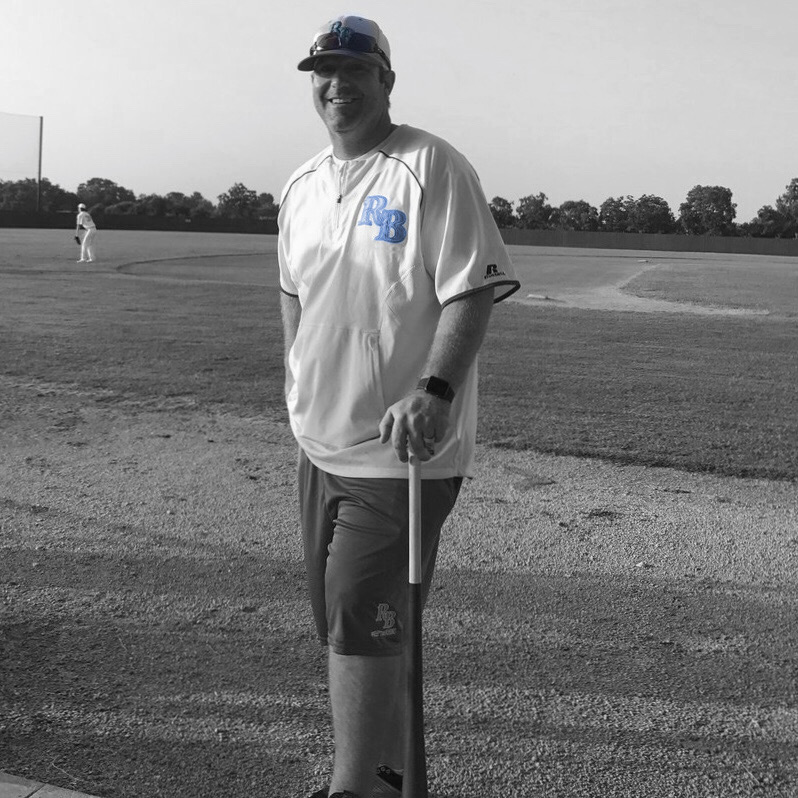 President, Co-Director of Player Development
Greg founded the Rhino program in 2012 and is the President of Rhino Baseball. Greg’s focus for each Rhino player is not only to help them become the best players they can be, but more importantly to help them understand the importance of becoming great men that are strong and loving husbands and dads as well as leaders in their communities. Greg resides in Lockport with his wife April and their two children, Maddie and Lucas.

Greg attended Lockport Township High School where he was a catcher and center outfielder. During his time there he was a three-time All-Conference player and was named to the Chicago Tribune All-State and IHSBCA All State teams his senior year.

After graduation from Lockport, Greg attended Illinois State University where he was a Lousiville Slugger Freshman All-American, 4 year letter winner and a 3 year team captain.

After college, Greg played for the Gateway Grizzlies in the Frontier League.

Greg has coached and developed numerous Division I players over his coaching career and has also been at the helm of nationally ranked high school teams while at Rhino Baseball. He is currently the head coach of one of the Rhino 16U teams and was recently named head coach for Team Illinois for the Prospect Games which is comprised of many of the top players from Illinois. 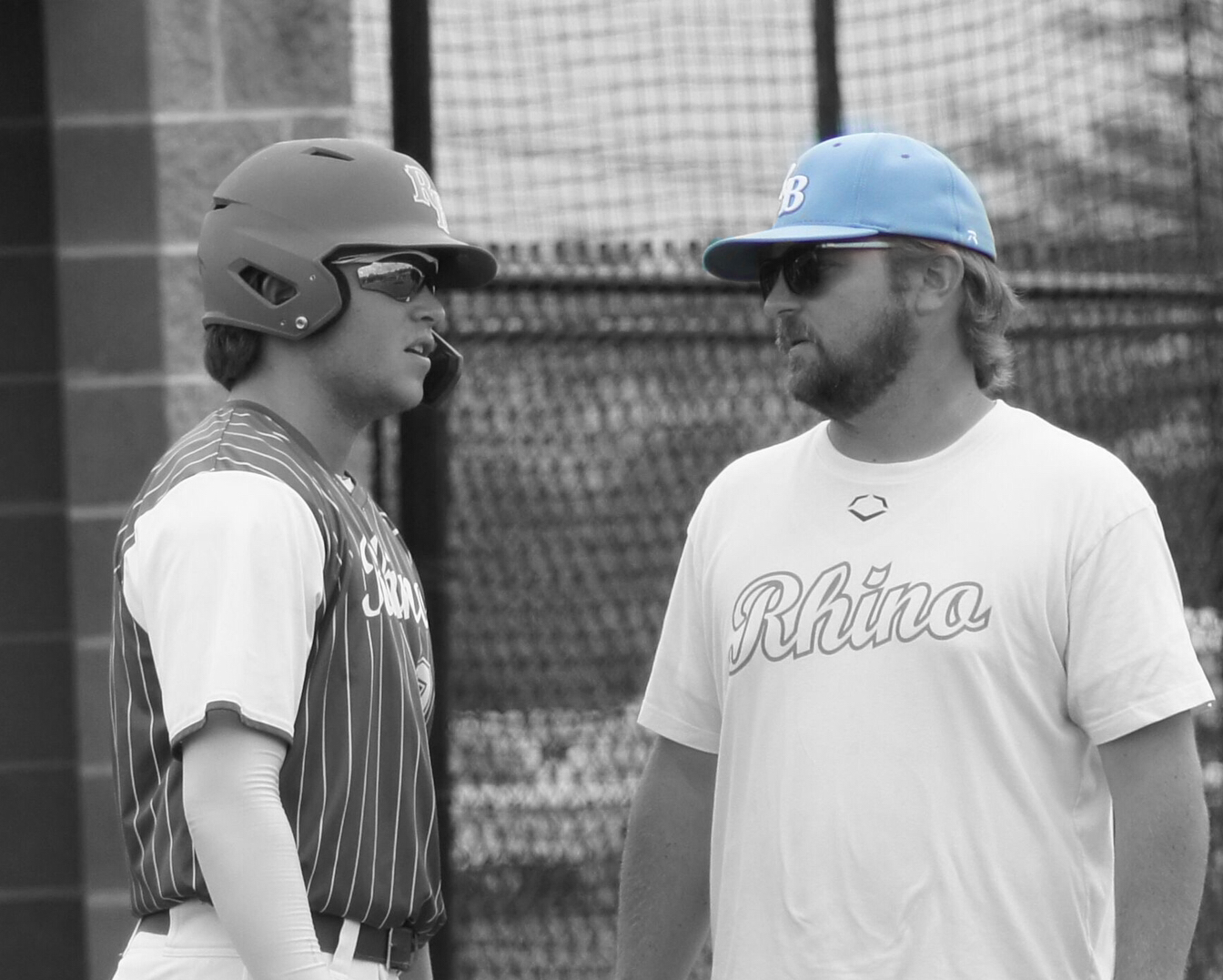 Co-owner, Recruiting Coordinator
Andrew Tehako is one of the owners of Rhino Baseball as well as handles the college recruiting for it’s high school program.

He has helped hundreds of Rhino players go onto play baseball collegiately.
Since 2012 Andrew has built a network of college coaches across the country. These relationships span across all division levels and includes such conference such as the SEC, BIG10, Horizon, Pac 12, MVC and OVC to name a few.
In high school, Andrew played both baseball and football, while winning a state championship in the latter. He also played summer ball for the Everest Merchants in the Dairyland League.
Andrew currently resides in New Lenox with his wife Mallory, daughters Abigel and Wren and son Declan. 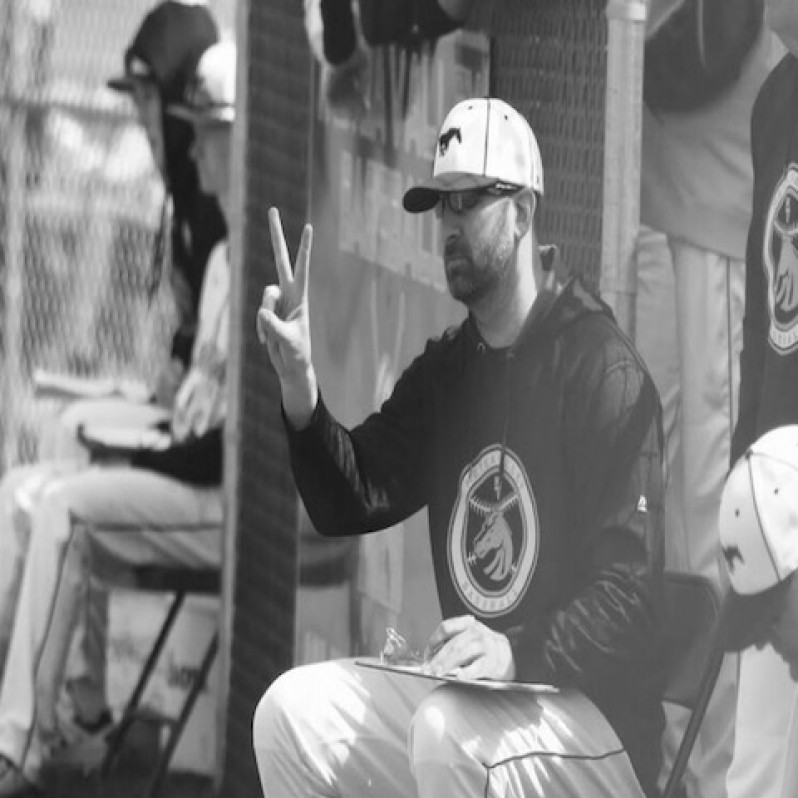 Director of Pitching
Dave attended Illinois State University from 2000-2004 graduating with a degree in Physical Education.
While at ISU Dave was a relief/starting pitcher for the Redbirds for 4 years.

In his freshman year Dave made the 2002 Louisville Slugger Freshman All-American Team and appeared in 20 games for the Redbirds collecting 2 saves and 2 wins with a 3.93 ERA.

Recently, Dave was the Head Pitching Coach for Metea Valley High School. During his tenure at Metea he produced 11 All-Conference, 4 All-Area and 2 All-State pitchers. In his last season his staff went 22-9 with 6 saves. They walked 77 and struck out 192 with a 2.53 ERA.

Before Metea Valley, Dave was an assistant sophomore and assistant varsity baseball coach at Neuqua Valley High School for 4 years where he worked with the pitching staff and helped coach the Wildcats to the state baseball title in 2007.

Dave resides in Downers Grove with his wife Melisa and his two children, Jack and Evelyn. 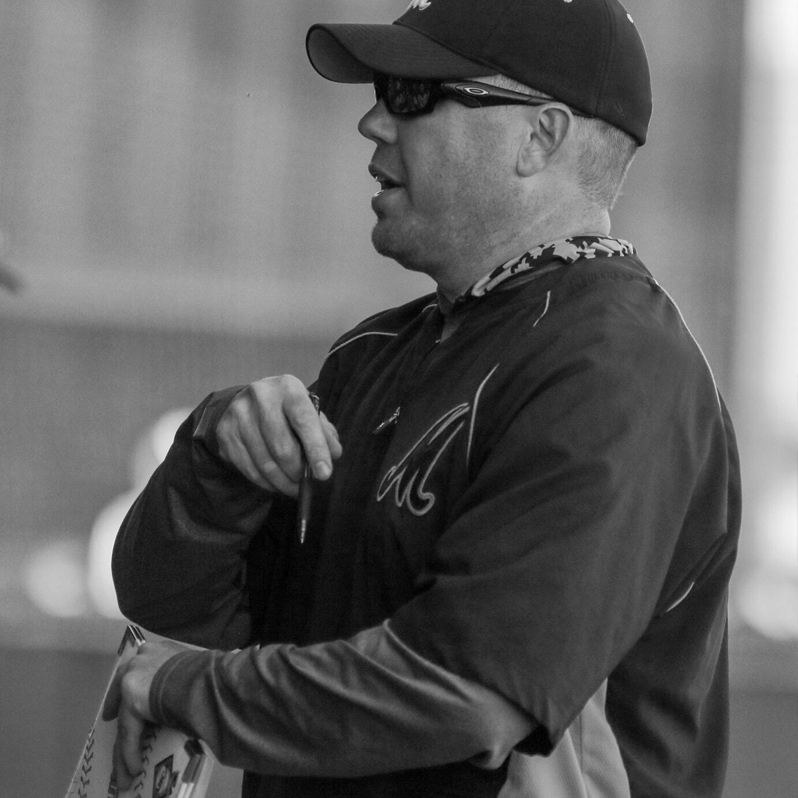 Co-Director of Player Development
Craig has nearly 2 decades with of experience coaching at the high school level.

His coaching career started as an assistant at Waubonsie Valley High School. He then was hired by IHSBCA Hall of Fame member Jim Schmid to start the program at Metea Valley HS.

In 9 years of being the head coach at the varsity level, Craig compiled a 181-130 record, winning 2 Regional titles, competing in 1 sectional find and finishing in the top 3 of the Upstate 8 and DuPage Valley Conferences 5 times.

Craig played at North Central College where he played for Ed Mathey and was an all conferences player his senior year.

Currently Craig resides in Plainfield with his wife Jenny and sons Keegan and Grayson.

From 2010-2014 DJ attended West Aurora High School where he was a 4 year all-academic, 1st team all-conference and team captain.

From there, he went onto play at Elgin Community College as a two way player. While at ECC he had a .423 average and a 1.056 OPS. DJ was awareded all-academic and 1st team all region while at ECC.

DJ committed to Illinois State but had his colegiate career cut short due to injuries.

Over the past few years DJ has coached at Batter Up Training Center in Bloomington and joined the Rhino Staff in the summer of 2020. 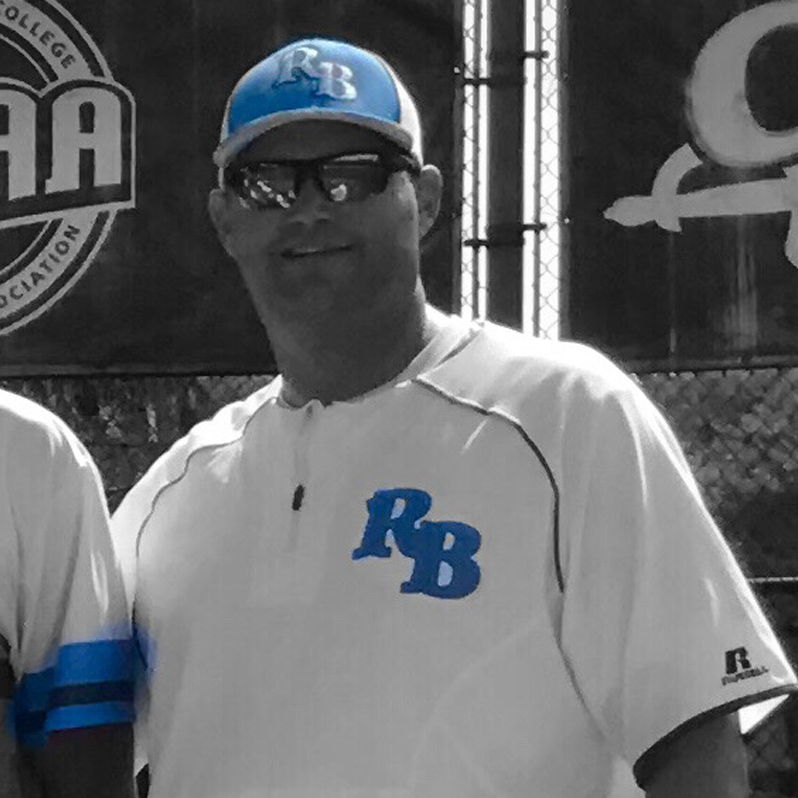 Hitting Instructor
Jeff played three years in the Arizona Diamondbacks minor league system after being selected in the 20th round of the 2002 MLB Draft.

Jeff was an All-State player at Lockport Township High School and a teammate of Greg Blaesing.

Jeff currently resides in Bourbonnais with his wife Nicole and their 4 children; Kendal, Kylie, Kamryn and Easton. 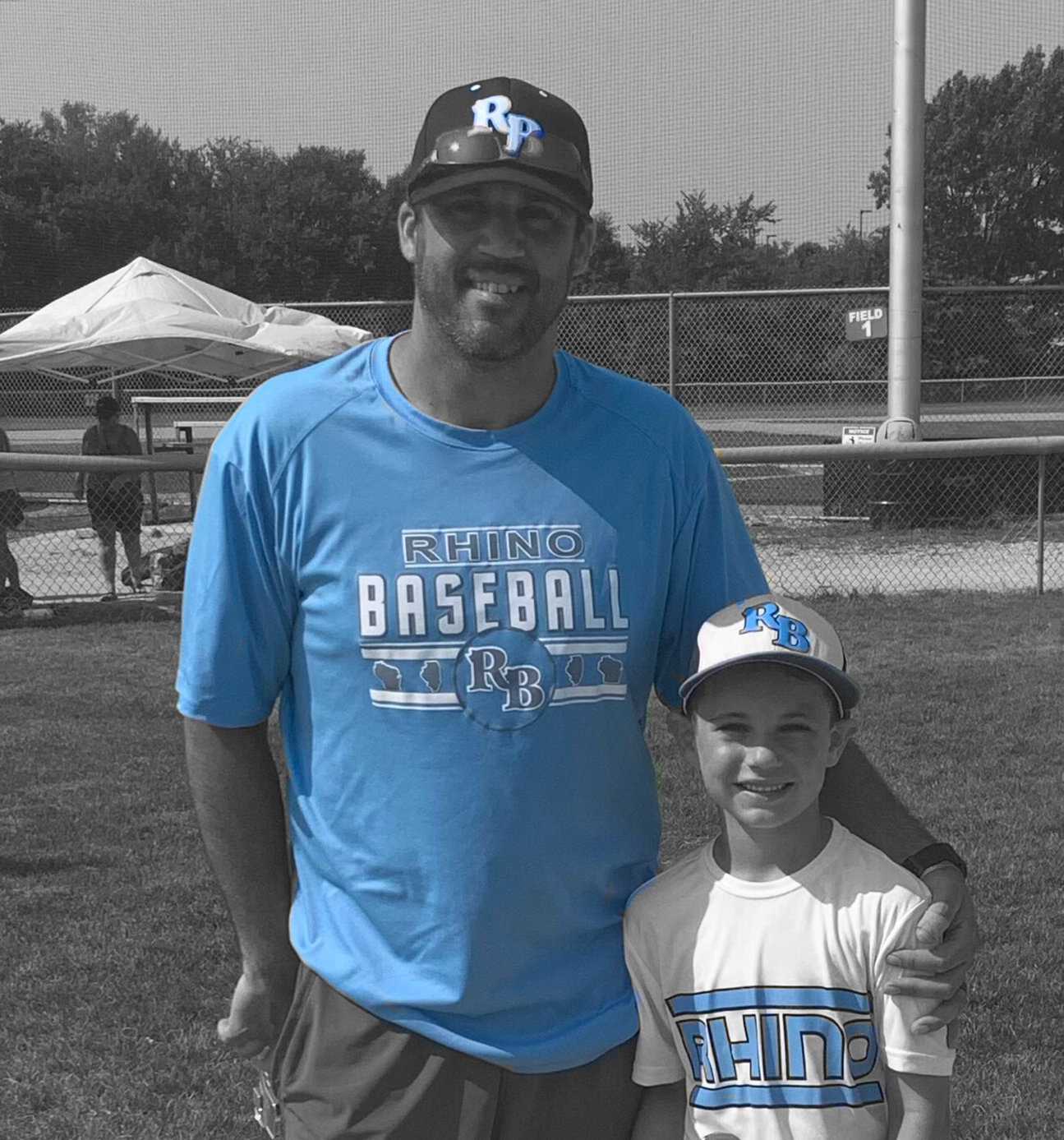 Jason was an assistant coach under Wayne King at Joliet Junior college for 6 years where he was a part of three National Tournament appearances including a National Championship in 2008.

Previously in the travel ball side of things, Jason served as Director of Operations for the Bo Jackson Elite Sports Facility and also for Cangelosi Baseball.

Currently Jason is our 7u head coach where he coaches his son Easton.

Hitting and Infield Instructor
Cherokee attended Minooka HS and has played at both the JUCO and DI levels collegiately.

While at Oakland University he was name to the Horizon League All-Freshman team where he had 23 hits in 31 games for the DI program.

During his time at UW-Milwaukee Cherokee had a .935 fielding percentage during his 26 games of action. 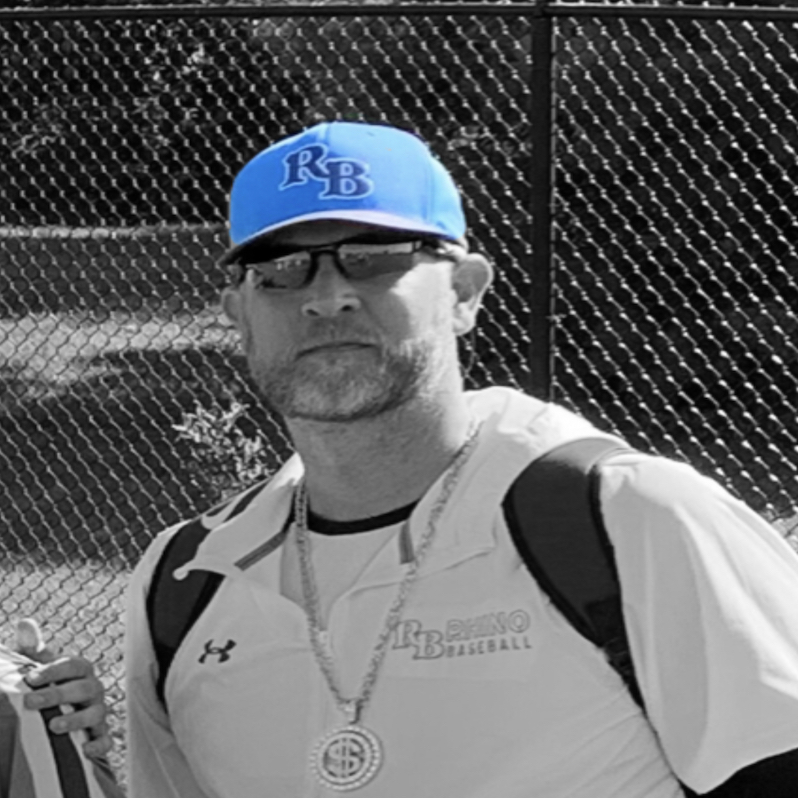 Pitching Instructor
Matt was a pitcher for Coal City High School and then played collegiately for both Illinois State Univrsity and Olivet Nazarene university.

The Chicago Cubs selected Matt in the 20th round of the 2002 MLB Draft.

After proffesional baseball, Matt became a high school teacher and has coached both baseball and basketball at the high school level including Reed Custer and Wilmington. 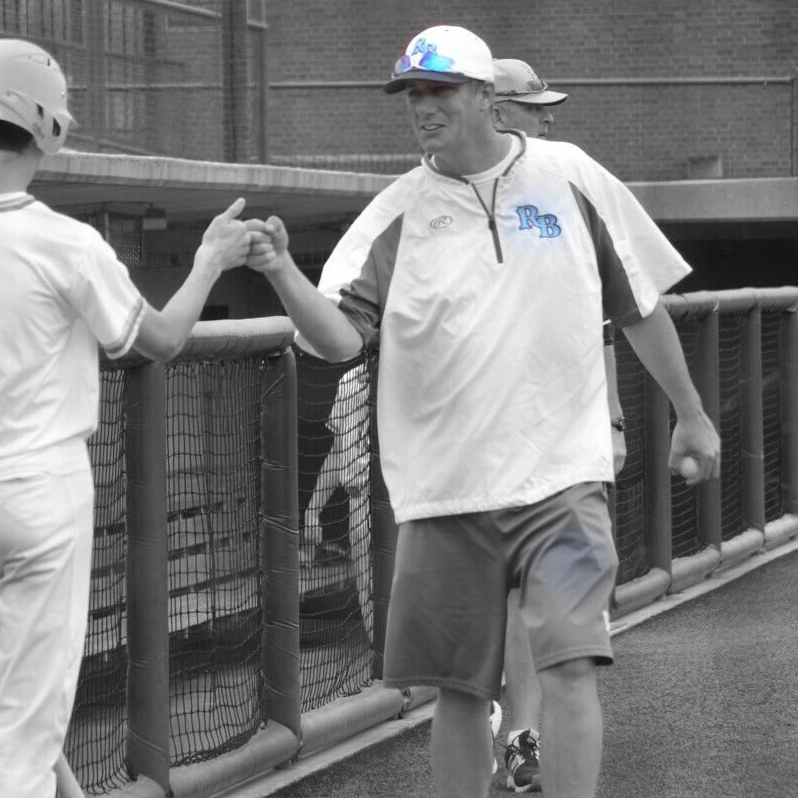 Youth Coordinator and Operations Manager
Mike has been with the Rhino Baseball program since it’s first year in 2012.

He has been an assistant or head coach at every youth level from the age of 8u to 14u.

Seeing the world of travel baseball at the youth level that spans nearly a decade, Mike is encompassed with the responsibility of being a helping hand for both coaches and parents alike.

Mike oversees the day to day communication for the Illinois program. 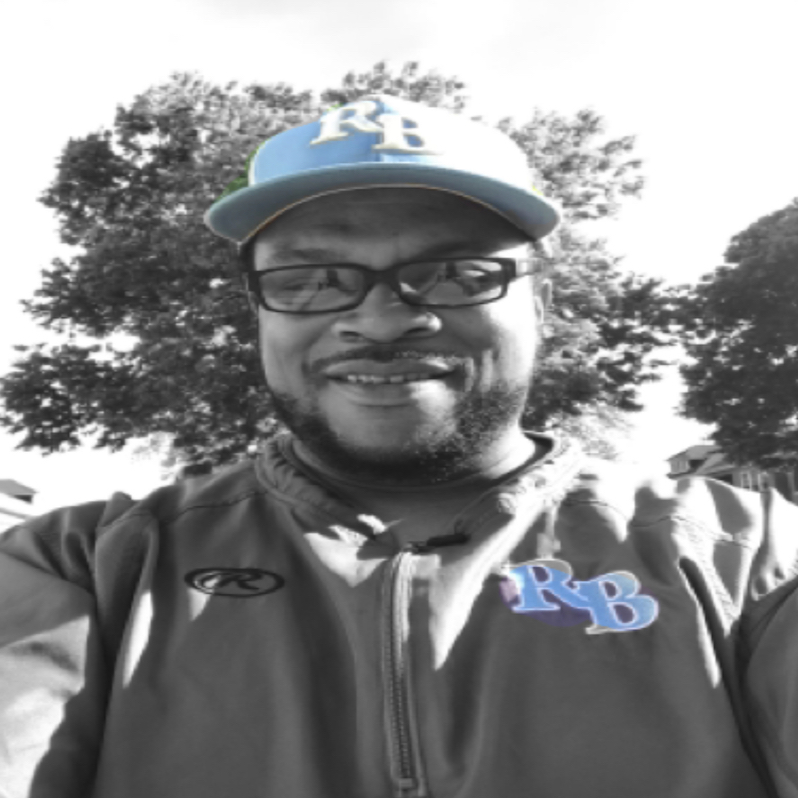 Hitting and Fielding Instructor
General began his coaching career coaching travel ball in 2002. Over the next 10 years, he coached with various national travel organizations. These experiences took him to several different states coaching with and against some of the top travel coaches and players in the country.

Transitioning out of travel ball in 2014, General became an assistant coach at Gwendolyn Brooks High School and then later with Moraine Valley Community College, where he currently works in the Athletic Department and serves as an assistant baseball coach. His roles include infield coach and the handling the recruiting and eligibility/compliance for Moraine.

He has been an instructor and coach with Rhino Baseball for the last 5 years after his son, General McArthur IV was part of the program. His son is now playing professional baseball. 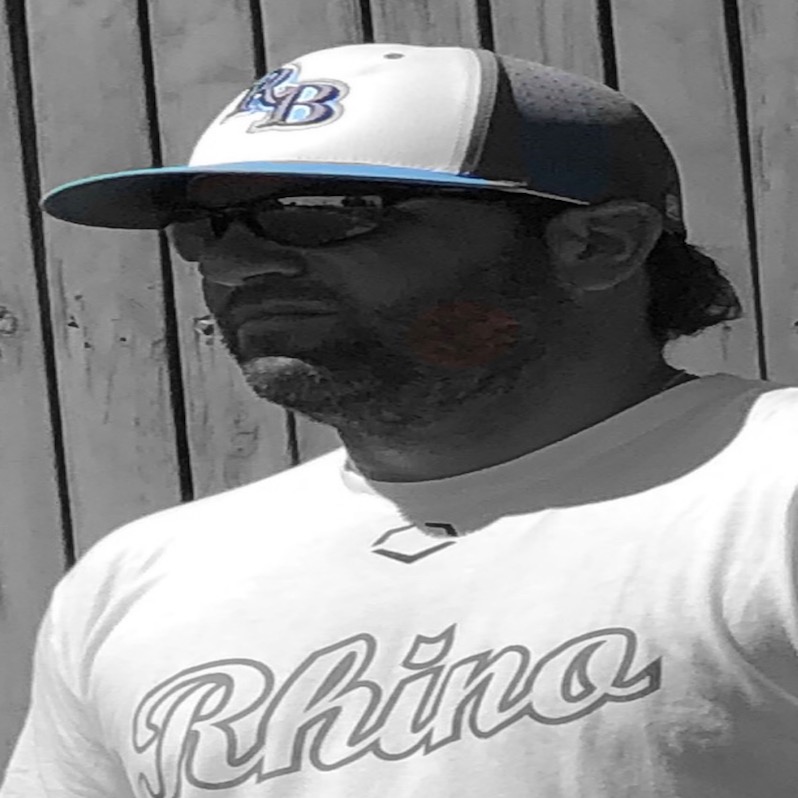 His coaching career started at Oswego High School as a freshman assistant coach and then became the varsity pitching coach for five years prior to obtaining the head coaching position in 2017.

Joe has helped the Panthers to 1 Regional Title and 1 Sectional Title while creating a highly competitive program in the Southwest Prairie Conference. During his coaching career, Joe has coached numerous college players and continues to share his knowledge to help grow player development.

As a player Joe was an all-state pitcher for Minooka High School and holds numerous records as a four year varsity pitcher. After high school he went onto play collegiately at Eastern Illinois University where he was a relief/starting pitcher for the 1999 OVC Conference Champions and NCAA Regional Finalists.

Currently Joe resides in Plainfield with his wife Amanda and two children Ava and Dominic. 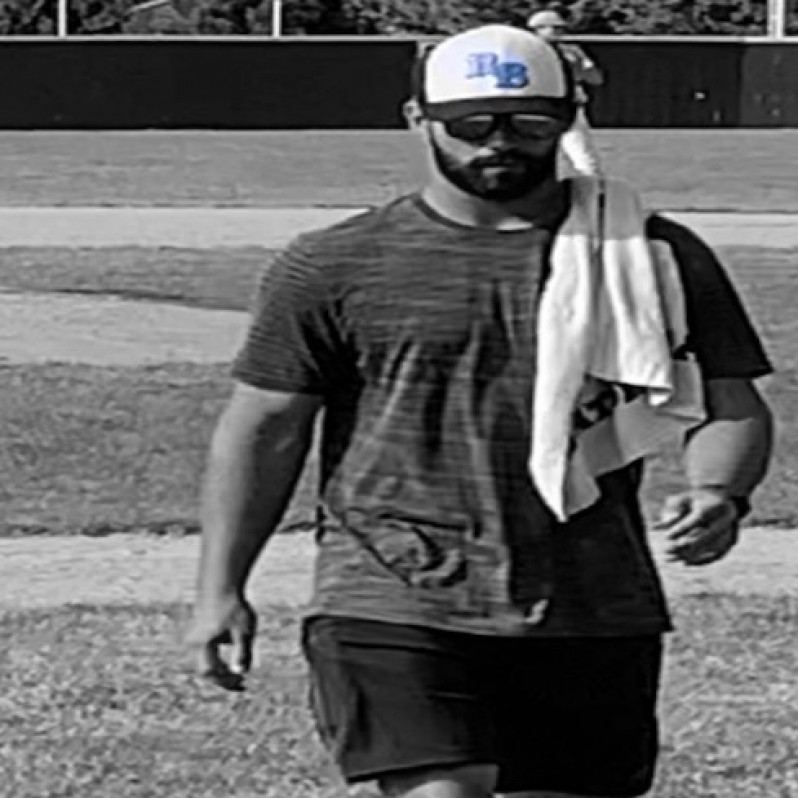 Pitching Instructor
Cole is a Lockport graduate and played professional ball with the Windy City Thunderbolts and had his contract recently purchased by the Minnesota Twins.

Cole then finished his last two years at Tennessee Wesleyan where he struck out 84 and only walked 19 his senior year. He capped off his college career by being the winning pitcher in the NAIA National Championship.

Over his summers Cole also pitched for the Rockford Rivets in the Northwoods League.

Head of Speed, Strength and Agility

Born on Chicago’s south side, Hassan Stevenson is a passionate and knowledgeable fitness professional specializing in all aspects of Athletic Performance Training. He is an innovative communicator focused on the mastery of techniques necessary to improve all aspects of athletic performance, most important being mental strength.

Coach Stevenson has worked with athletes, and teams in many different sports during his fitness career that began in 1999. Most notably he was Speed & Strength coach for the Lewis University Women’s Basketball Team that was part of the biggest win/loss turnaround in school and GLVC Conference history. Over his three seasons as Speed & Strength Coach for the team their record was 78-15.

Hassan lives in Crest Hill, IL and enjoys helping people reach their fitness goals, teaching group exercise and athletic performance classes, performing community outreach, and mentoring as a member of Alpha Phi Alpha Fraternity Inc. He is a 1994 graduate of Eastern Illinois University where he was a member of the Track and Football teams. He played semi-pro football from 1995-2005.

Drew was a two year captain for Plainfield East where he was also an All-State selection in 2016.

After high school Drew attended Oakland University. There he was a 4 year starter and played in 126 career games and was one of their top hitters.

Drew saw time at 1B, OF and also on the mound for the Golden Grizzlies. He also is in their record books where he is tied for the most hits in a single game for Oakland when he went 5/5 against Wright State.

Mac Mac started his collegiate career at Kirkwood CC and then finished at Missouri Baptist University.

While at MBU he was selected to the Second Team All Conference in the AMC.

After college General has been playing professionally for the last few years including stops in the Frontier League for the Lake Erie Crushers and the Windy City Thunderbolts.

Pitching Instructor and Director of Analytics

While there, he received his Bachelor of Science in Applied Analytics. As a student-athlete, Jacob developed an excel program that used pitch by pitch data to assist the coaching staff with scouting, player development and player analysis.

Jacob has coached on the travel ball circuit for a number of years and has focused much of his passion of analytics towards bettering players through technology.

Over the years Jacob has gained valuable experience in baseball technology such as FlightScope, Rapsodo, Blast Motion and Diamond Kinetics.

Jacob is also currently an assistant coach for Illinois Institute of Technology.